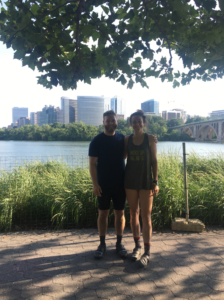 Isn’t it funny how two paths can cross unexpectedly and then never quite diverge from one another?

On February 1st, 2017, I received a routine message on Warmshowers. Paul was, unsurprisingly, looking for a place to stay in Austin, Texas. He and his friend had embarked on a bicycle trip across the US and my apartment was right on their route. I didn’t think twice about responding, and assumed I’d host these two men for a night as they passed through. At the least, I’d hear some store and drink cheap beer!

Indeed, I did host Paul and Bruce for a few nights, and we explored the city, ate delicious food, and binged on documentaries. As they pedaled away, I left them a stellar review. After all, they deserved it. 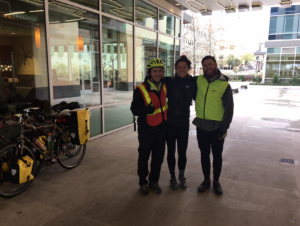 Though exciting, our time together was unremarkable. What is remarkable, however, is the friendship that Paul and I have sustained since his journey to bike across the US ended. We’ve visited one another in our respective cities each summer, corresponded through letters and phone calls, and even went to a wedding together! This past summer culminated in a bicycle journey from Paul’s city of Pittsburgh to Washington DC. A true testament to our love of adventure and shared passion for long-distance cycling, camping, and drinking cheap beer along the way.

Suffice to say, friendship can begin where one least expects it! Though our pats may have crossed by chance four years ago on Warmshowers, our friendship certainly didn’t stop there.